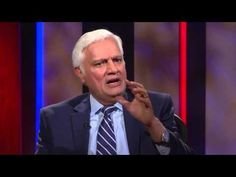 In a discussion of faith-related issues on the latest episode of the Ben Shapiro Show’s “Sunday Special, Ravi Zacharias, a world renowned Christian apologist, debater, academic and prolific author joined the show to discuss some sensitive issues.

He once response to sexual allegation set against him, he is known for his eloquence in response to answers to life’s biggest questions, he runs an international apologetics organization, RZIM.

In question which says; what is the biggest and most pressing question Zacharias is confronted with on a regular basis?
He responded by saying; “The one thorn in the side of the theistic framework is the problem of evil, the problem of pain, the problem of suffering.”

“It’s the most real question, frankly. How can an all-powerful, all-sovereign and all-good God allow so much pain and suffering in this world?”

What’s the answer? How can there be a “good God” in a world which plays host to such abject suffering at every turn?
Well, Ravi approaches the question in a unique way — by deconstructing it to its core. See, when we acknowledge the presence of good and evil in the world, we are invoking a moral law in order to differentiate between the two. The very nature of good and evil cannot be defined without an ultimate moral law as the yardstick.

So, who is behind this all-encompassing framework?
“You cannot invoke a moral law without a moral lawgiver,” Zacharias explained, noting that many try to disprove God by insisting that He could not feasibly exist considering the tremendous suffering in the world. The argument, therefore, contradicts itself.

If there’s no God, then there’s no ultimate moral law — so how do you define good and evil?
“People invoke a moral law that you cannot invoke without a moral lawgiver. So, your problem of evil actually disappears with the false assumptions that you’re making,” Ravi added.

Is There an Eternal Moral Law?
It is often argued that an overarching “moral law” guides our behavior and defines what we believe to be “right and wrong.”

But has this evolved with time? Are we becoming more moral as our modern culture develops?
“If you believe that we have evolved morally, why is it that in the 20th century we killed more people in warfare than all of the previous 19 centuries put together?” Zacharias pointedly asked.

Instead, the Indian-born philosopher chooses to believe that morality is instilled in the heart of God, and, because we are people made in his image, “we have known what it is all about right from the beginning.”

“I don’t believe that there is a better moral framework that starts with the very being of God and goes all the way to the sacredness of my life and my neighbor’s life,” he added.
Pointing to the story of the temptation in the Garden of Eden, found in Genesis, Ravi argued that “this idea of violating the authority of God, becoming autonomous, and blaming everything else not evolved,” but is actually the perpetual plague of our society.

We evict God, elevate ourselves and then blame others when things go so terribly wrong.
“This goes back over three millennia,” Zacharias explained. “And we have challenged it every day, particularly in this victim culture.”

“‘We don’t believe in absolutes,’ people say, ‘we have autonomy.’”
“On the one hand we claim to be autonomous, but when it goes wrong we blame someone else,” Ravi added.
So, can someone be morally good without God?

The problem with that, Ravi said, is in the word itself: “good.”
Who defines what that means? How can you really know if you’re a good person? It is completely subjective.

“You are using a word that is only self-referencingly defined,” Ravi explained. “If I believe goodness is purely on my definition, I have to extend that prerogative to every human being.”

Under this worldview, everything can be seen as “good” in its own way, and this leads to “chaos,” Ravi said.

“Think of what we are doing today while considering ourselves a good culture,” he noted, perhaps referencing the recent late-term abortion laws. “It is unthinkable… some of the decisions we are making at the highest level of lawmakers — and yet we call ourselves good!”

“America talks a lot about rights, but it has not yet defined what is right.

When It Comes To Lust, Leave Fire, Just Flee!

“The First time I fasted 7days Dry, years back, just the following week, an old friend from my past a guy called to check up on me and immediately I missed him and I decided to go see him. Getting to his house, I was behaving like a strong girl, nothing can ever happen,I said. […]

“WHATSOEVER HE SAITH UNTO YOU, DO IT.” – Apostle Joshua Selman

“WHATSOEVER he saith unto you, DO IT.”That was Mary addressing the SERVANTS of Jesus in Galilee.In that one verse, she said a couple of things: You’re under a system. In this case, the government of Jesus. The head of the government is Jesus. You have responsibilities as far as you’re a citizen of his kingdom. […]