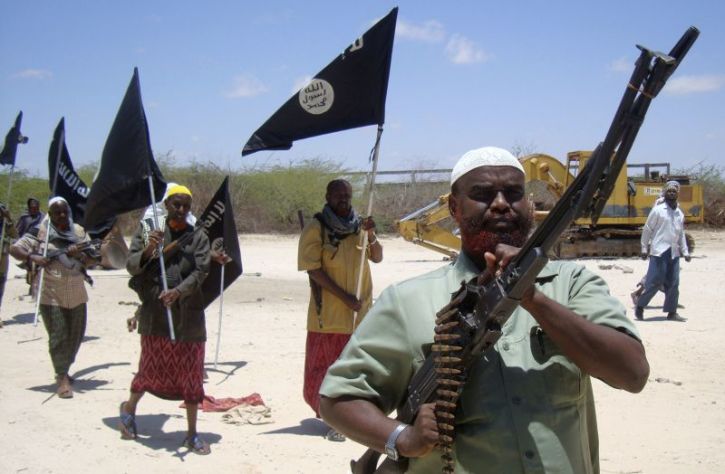 Two dozen believers were saved from death by a group of Muslims by thwarting  a terrorist attack against Christians in Northern Kenya.

According to International Christian Concern, the Islamic extremist group Al-Shabaab had planned to storm a construction site for a new hospital in Kutulo, Kenya and kill any Christian workers they found there.

Having heard of the impending attack, the local Muslim population rushed to the area to tell all Christians to evacuate. They then waited for the gunmen to arrive and confronted them.

While the Muslims were unable to prevent the gunmen from opening fire on the construction site, more than 20 Christians were nevertheless able to flee the site and escape without injuries.

According to Premier UK, the north-eastern regional commissioner  Mohamed Birik told the media that “They confronted the gunmen who proceeded to the site and failed to get what they wanted. [The attackers] opened fire but no one was injured before they escaped.”

Kutulo, located in Mandera County, Kenya, is a highly dangerous place for Christians to live and work due to the high concentration of Somalis and Muslims that live in the region. ICC notes that Christians are an “easy target” for terrorist groups like al-Shabaab, as they are easily identifiable.

ICC’s Regional Manager for Africa, Nathan Johnson, told The Christian Post that the Muslim’s decision to protect Christians is of “immense importance.”

“First, it shows that those of different faiths can come together and protect each other,” he said. “You will find that, most often, those who are most able to defend people against extremist groups, are those of the same faith as the extremist group. When locals know what is happening or receive warning when attacks like this are coming, it takes brave men like these to stop them.”

The story also provides the chance for groups like ICC to “laud the heroism of those of other faiths,” Johnson continued.

Adding to his submission, he said that  “If we want to be able to call out those who abuse power and persecute others, then we must also be able to applaud those who protect others as well.”. “These men, risk their own lives, to  stop an attack that would have left dozens dead or injured. It took true bravery to do this.”

The July 21 attempted attack mirrors an incident in 2016 where a group of Kenyan Muslims traveling on a bus ambushed by Al-Shabaab gunmen protected Christian passengers by refusing to be split into groups.

The terrorists killed two people and wounded four others in the attack before ordering the Muslim passengers separate themselves from the Christians, but the Muslims on board refused to comply.

According to BBC, a passenger said that the terrorist assured them of their safety they were Muslims but they rather preferred to be all killed or left alone.

Al-Shabaab, which is based in Somalia but continues to carry out attacks in neighbouring Kenya, remains one of Africa’s deadliest terror groups.

In April 2015, the terrorists killed close to 150 students during an ambush attack at Garissa University College, where the militants separated Muslims from Christians before executing the latter.

In August 2017, the terrorists killed another four Christian men in Kenya’s Lamu County, beheading three and burning alive another.

Kenya ranks 40th on Open Door USA’sWorld Watch List of countries where it is most difficult be a Christian, with Islamic oppression cited as the primary source of persecution.

Johnson told CP that while the lives of Christians were spared in the most recent terrorist attack, it does “not mean the work there is done.”

“This is an opportunity to highlight the plight of Christians in north-eastern Kenya without the expense of anyone losing their life,” he said. “There have been many such attacks where no one stepped in to save those targeted.”

“Please continue to pray that those who live in these areas are able to work and worship in peace, that they would be able to spread the Gospel to those who do not know it, and that they would love their neighbors regardless of their faith and ethnicity,” he added.