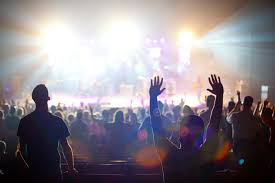 Every tendencies shows that more youths with Christian background will deviate from the faith by 2050. With this, Greg Stier, a youth ministry leader believes that churches shouldn’t feel comfortable over the issue.

He said “How about not just slowing down the bleeding, what if there was a revival that flipped those stats?” he asked. “That is what we are praying for. How do we flip the switch?”

In a report of 131 pages titled The Great Opportunity, that was compiled with Pinetops foundation and the Veritas Forum which combines different reports and surveys examining millennial attitudes toward religion and relies most heavily on four major research efforts.

Christian Post reported that the report’s authors and to Greg Stier, who founded the national youth ministry organization Dare 2 Share and has written several books on the topic, the massive disaffiliation trend over the next 30 years will represent the largest missional opportunity in U.S. history.

But in order to respond to the trend, Stier believes that churches need to reimagine the way they do youth ministry.

“If you were to go back to the retention rate of Gen X from 20 years ago, that would slow down [disaffiliation] to 20 million young people,” Stier told The Christian Post. “That’s more than the First and Second Great Awakenings and all the Azuza Street Revival and all of Billy Graham’s converts combined.”

According to Christian Post The report relies on research efforts like Pew Research Center’s Religious Landscape Study (2007-2014), the Baylor Religion Survey (2007 to 2011), a September 2016 survey from the Public Religion Research Institute and the Gallup Annual Religion Surveys (1992-2016).

“Our projections are based on modeling techniques akin to what one might use in a professional context for market forecasts. They are certain to diverge over time from reality, and we have called out our assumptions wherever we can.” Continue Story at Christian Post