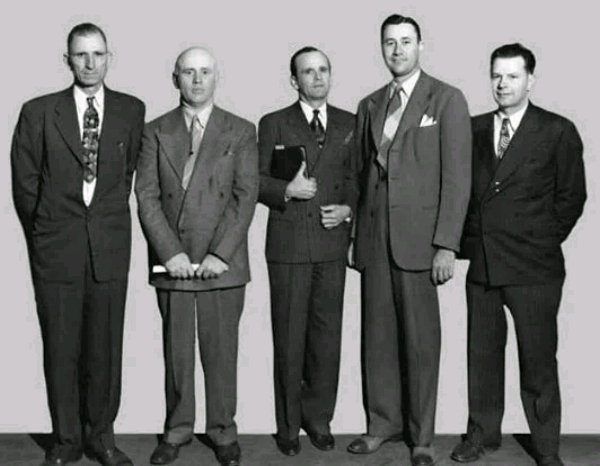 A great irony of ministry that a minister needs to handle with God’s wisdom and spiritual discipline is THE ATTRACTION that comes with other people’s callings AT THE EXPENSE of his own calling.

Time has shown that many ministers are predisposed to this temptation but discipline is required to stay in the safe zone of the call.
Here, a teacher feels attracted to the prophetic office and he wants to begin to sound like or minister like a prophet.
A prophet, who obviously is “envied” by a teacher based on “outrageous” spiritual manifestations, is also eyeing the teaching ministry.

One way or the other, he’s not just satisfied; he wants to “SOUND DEEP” too with great “revs” such that people will say he has the Word.
The evangelist, who goes out to depopulate hell and populate Heaven through aggressive evangelistic initiatives with infallible signs and wonders is “envying” the pastoral office.

Way down in the inner recesses of his heart, he feels that the pastor will have “tangible infrastructures” to show for his work because he collects tithes and offerings.
In the converse, the pastor who is being “envied” by the evangelist also secretly desires to flow like the evangelist in a charismatic mode with great visibility, massive publicity and incredible signs and wonders.

The apostle, who opens up territories, plants churches, provides leadership and harnesses callings feels somehow “dissatisfied” with the roving nature of his work; he wants to settle down to pastor.
Here is an itinerant minister blessing lives and the Body of Christ in general wishing to become stationary like the pastor because of certain dividends that come with the pastoral office.

And here’s a pastor who should settle down to feed the flock wishing to travel from one country to the other because he feels he will be more known, will deal less with offences that emanate from dealing with people as a pastor and will have opportunity to receive “FAT HONORARIUMS” from external ministrations.

Now, I have only streamlined the reasons that people tend to crisscross or crosscarpet in ministry work; of course there are more reasons based on individuals.
But one thing is certain – it’s an IRONY OF MINISTRY that a lot of us will have to contend with, and to my mind, being humble enough to accept one’s fault is a pathway to restoration.

Some ministers have lost their ministries because of this error. Some have left the scene prematurely because of wrong management of this temptation.
The point is that EVERY MINISTER SHOULD DEVELOP THEIR CALLING. The reason you sometimes feel attracted towards other people’s callings is that they have developed theirs.

Please note this friend; THERE’S NO INFERIOR CALLING IN THE KINGDOM. Every calling of God is A HIGH CALLING – Phil.3:14.
Develop yours too and it will become a point of attraction!
In the days of the healing revival in America for instance, the rave of the day was tent meetings and men like Oral Roberts and William Branham were the arrowheads; the teaching office was not too projected.

But men like Dad Hagin found the SPIRITUAL DISCIPLINE to stay in their callings – I tell you friends; that’s some high level of CONSECRATION.
Through his consistency and dedication for years when the teaching office was not popular, that ministry later became the cynosure of all eyes and “some” said they wanted to teach too.

God put men like Gordon Lindsay in the midst of that move to coordinate it and stabilize it by his apostolic ministry to the Body.

Well, things happened to a couple of ministers but they’re for our learning and not to criticize or cast aspersions on any man – 1 Cor.10:11.

Don’t lose your ministry beloved – stay in your office and grow there, and with time, that calling will become an object of attraction.
Benny Hinn said he nearly lost his ministry by trying to read and internalize E. W. Kenyon’s books and by trying to make his message the basis of his own ministry.

Kenyon was a great minister NO DOUBT, the pioneer of the Word of Faith Movement, and an outstanding teacher of the Word, but that’s not Benny Hinn’s stream.
That does not however suppose that you cannot learn from other people through their materials but it just suggests that you know what is MAJOR in your calling and you don’t get it twisted.

I learn from people that are not in my stream and I read their materials too but I just know that in the hierarchy of spiritual ministrations, THIS COMES FIRST AND THIS COMES SECOND and I don’t get carried away such that I begin to lose consciousness of MY PRIMARY ASSIGNMENT.

That’s the balance here, I suppose. Friend, stay in your “calling”!
The only exception to this general rule is when God adds new dimensions to your calling or you flow in some dimensions of the Spirit as the Spirit wills and you just need to follow suit.

It is possible to stand in two or even three offices together and that’s based on God’s prerogative.
I call this MULTIPLICITY OF MINISTRY GIFTS and we see an example of this spiritual blend in Paul’s ministry.

2 TIMOTHY 1:11
Whereunto I am appointed A PREACHER, and AN APOSTLE, and A TEACHER of the Gentiles.
Even with this, you must know which one comes FIRST and which one comes SECOND in the order of things and you may also want to find out which one serves as a MEDIUM for the other.

Getting these things RIGHT early in ministry saves you from stress, fans your calling to flame, increases your anointing, doubles your efficiency, multiplies your productivity, keeps you safe, and makes you to last in ministry.

May we all find the Grace to be disciplined enough to flow with God’s pattern, order, and template for our ministry.
Trust this is a blessing Sirs and Mas?
God’s Grace Is Sufficient For Us All!!!
Shalom!!

Jesus loves you, accept him today – Tomorrow might be too late.

WAKE UP YOU ARE NOT GETTING YOUNGER.

To All The Youths….WAKE UP YOU ARE NOT GETTING YOUNGER.If only you can see were God has planned for you to be by now, you will cry everyday because you are far behind schedule.Leave that person that is the source of your distraction, anytime you want to think about your way forward in life, suddenly […]