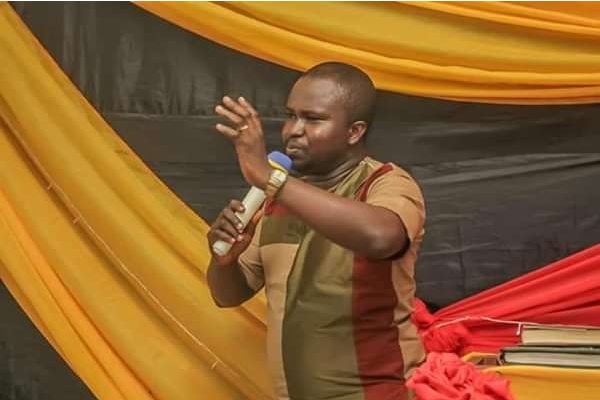 Permit me to share this with us Sirs and Mas:
Ministry is a very wide field of learning, and it’s always God’s pattern and strategy for a generation to learn from previous generations. The Scripture is replete with this!!!

I have seen ministers on fire (and I mean REAL FIRE ) but all of a sudden, the fire could no longer be sustained.
I have seen men appear on the scene just to disappear in a twinkling of an eye.
I have seen men blow hot everywhere, caused a stir just to blow off in a jiffy.

I have seen ministers fight each other over both petty and “weighty” matters and sometimes the fight is taken to the realm of social media.

I have seen young ministers talk very rudely, very arrogantly and very despicably to fathers in the Faith who have a track record of walk with God.

I have seen ministers use the “pitfall” of another minister as a staircase to the top but they got their wings clipped in ministry.
I have seen people who will never listen to anyone; they’re always right in their own eyes.

I have seen ministers speak with impunity – they use very strong, vulgar and offensive words to descerate the holy things of God.
I have seen “a few other things” by God’s Grace. It’s not to attack anyone (no name is mentioned here) but it’s for our learning.
On the other hand,

I have seen fathers spend 40, 50, 60, 70 years in ministry and their youth is renewed like the eagle’s.
I have seen ministers travel around the world and their strength did not diminish.

I have seen men relegated to the background in ministry suddenly rise by the enabling Grace of the Almighty God.
I have seen God use men mightily inspite of the contrary circumstances around them.
I have seen the Immortal God infuse His strength and energy into “mortal men” and they began to function on the frequency of divinity.

I have, by the Grace of God, seen “a few things”.
In all of these, I can say authoritatively through my years of intentional learning, careful observation and the witness of the Spirit in my spirit that what makes the difference is our “HEART”!!!

That’s what God is looking for – OUR HEART!!! Not our FACE, and not our OUTLOOK but our HEART!!!
Remember what the Lord told Samuel about Eliab:

1 SAMUEL 16:7
But the LORD said unto Samuel, Look not on his countenance, or on the height of his stature; because I have refused him: for the LORD seeth not as man seeth; for man looketh on the outward appearance, but THE LORD LOOKETH ON THE HEART.
That’s what the Lord looks for in every vessel, and the same is applicable to the VESSELS OF THE NEXT GENERATION.

A heart that responds in meekness, not reacts in stubbornness, to divine corrections.
The Almighty Himself said:

When you look at David, on the outside, he was “more terrible” than Saul. He committed adultery with a woman and also masterminded the murder of her husband.
But when he was confronted by Prophet Nathan with his sin, he broke down in repentance, and God called him a man after His heart.

But when Saul disobeyed God in the “total” annihilation of the Amalekites, and he was confronted by Prophet Samuel with his sin, he wasn’t broken; he was still bargaining with the prophet to protect his reputation.
The difference is THE HEART! MEN AFTER GOD’S HEART ARE MEN THAT HAVE A HEART!

May I say this beloved; YOUR FUTURE CAN BE PREDICTED BY THE POSTURE OF YOUR HEART TODAY!
Look at Peter! The moment he realized that he had denied his master, he wept bitterly in repentance, and he eventually occupied a strategic position of leadership in the Church after the resurrection of Christ.

Friend, PAY ATTENTION TO YOUR HEART. It will matter in the coming days and years. Don’t walk in DISHONOUR. Honour those who have gone ahead of you.
Don’t attack other ministers or ministries. Don’t use the pulpit or social media platforms as a mean of personal vendetta.
Don’t rebel against constituted authorities.

Don’t react against divine corrections, whether they’re coming directly from the Holy Spirit to you or from the authority figures in your life.
Pay attention to “LITTLE LITTLE THINGS” like being quick to say, “I’m sorry” and what have you. THESE THINGS MATTER DEAR FRIENDS!!!

Dad Hagin said, “Be quick to repent and quick to forgive and you will never be far from God”. Very strong! Isn’t it?
You see,
Generational Placement is by CALLING!
Generational Impact is by GRACE!!
Generational Relevance is by “HEART”!!!
Remember, YOUR LEVEL OF BROKENNESS (NOT YOUR LEVEL OF GIFTEDNESS) WILL DETERMINE THE EXTENT TO WHICH GOD WILL USE YOU IN THE NEXT GENERATION!!!
May the Lord help us all!
Amen!!
Trust this is a blessing Sirs and Mas?
Shalom!!!

WAKE UP YOU ARE NOT GETTING YOUNGER.

To All The Youths….WAKE UP YOU ARE NOT GETTING YOUNGER.If only you can see were God has planned for you to be by now, you will cry everyday because you are far behind schedule.Leave that person that is the source of your distraction, anytime you want to think about your way forward in life, suddenly […]