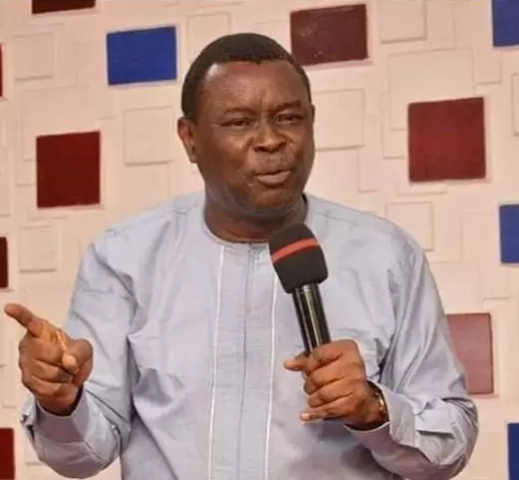 Matthew 25:14-16 KJV
[14] For the kingdom of heaven is as a man travelling into a far country, who called his own servants, and delivered unto them his goods.

[15] And unto one he gave five talents, to another two, and to another one; to every man according to his several ability; and straightway took his journey.
[16] Then he that had received the five talents went and traded with the same, and made them other five talents.

Most of us are familiar with the Parable of the Talents. We know the parable as one of those popular stories of Jesus Christ.

However,, far beyond that, it talked about the importance of the Gift the Lord has blessed every of His children with.
Several years ago, before I entered the ministry, during our church convention, I was standing outside the large church building on that Sunday morning, when a very famous music minister was called upon to come out and minister to us in song.

She walked out to the front, grabbed the microphone and began to sing. Shortly, the whole place became electrified with the presence of God. I and a lot of others were standing outside the church building because there was no longer space inside to sit. The anointing that morning was so heavy upon the congregation as the voice of that woman rent the hallowed chamber of the large hall.

As I listened to the songs she sang, I could not control myself anymore when I began to sob in tears and pray: ” LORD, you are using a woman, use me too. I want to serve You.

Use me too…” This was all I was praying in tears, when I suddenly began to hear His voice coming up from me. I heard Him plainly speaking to me: “I will use you, if you surrender your gift at my feet.” That was the contention, my Gift. The Talents. I was a gifted writer. I wrote drama script and novels. But many of the things I wrote at that time were non-christian literary pieces.

When the Lord was talking to me that morning, my heart went directly to the drama scripts I had just written which were not christian stories, but mere moral, theatrical secular themes. I heard Him that morning, telling me to stop using my writing gift to write whatever I liked. I heard Him speaking to me softly, persuasively, that He would use me beyond my wildest dream, if I could make a covenant with Him to use my writing Gifts for His glory alone. I heard Him telling me to go and pack all those uninspiring non-spiritual drama and novel scripts aside and abandon them and determine now to start writing for Him.

That morning, in tears, I prayed and promised the Lord, I would stop writing those unchristian literary drama and poetic pieces. I told God I would release my gift to Him for His use. But, I soon backslid and went back. Writing those drama, poetic and novel pieces again. It was like I was drugged and addicted to writing those plays, poems and novels. I was like a drunkard addicted to drinking. I would write till my fingers began to hurt, and I would get someone to sit down and be writing for me, while I dictated. So, I backslid into writing again, what I told God I would not write.

In order to convince God otherwise or please Him, I adopted. Another strategy: I began writing Bible stories in dramatic form but with traditional secular themes, that had no reference to God or any spiritual lessons.

One of such stories was the story of David and Uriah, but written in traditional war-drama, without any reference to God, Biblical or spiritual matter.. The Script became very theatrical and highly academic that one of the famous educational publishing company rated it presentable and approved for the 100 level University Yoruba Literature Class. Two other ones were already being prove-read in other publishing houses. I was glued to this gift. It had become an idol to me. I found it difficult to submit it at the feet of Christ. I could not do what the Lord was demanding from me. I love writing plays and poems that had nothing to do with Christ or the Kingdom of God, though I was a sound believer, a child of God.

I continues in this till one morning, the Lord showed me in a dream, that unless I obeyed Him and go urgently to withdraw those scripts from the publishing companies that had offered and prepared to publish them, the devil would use the publish books to rubbish my ministry later in life and He would not be able to do what He wanted to do in my life and ministry. He showed me in the dream it was urgent. I had just organized a Drama Ministers Conference and had just taught many people how to write gospel drama for the expansion of the Kingdom of God. I had left those scripts with the publishing companies and they could bring the scripts out any time. I had already began my ministry and gone 4 or 5 years into the ministry by them.

I woke up in the morning and told my wife, I need to travel to those publishers. I went to them and met one of the Publishing Directors who was, incidentally, in charge of that particular script. She was a woman and I told her what I had come to do. I had come to withdraw my script from publishing. I never wanted it to be published again. She tried to persuade me, but I stuck to my request. She said she was also a christian, but there was nothing bad in the script. I stuck to my demand. At last she agreed and said she would table the matter before the management and send the manuscript to me. She presented a document to me and I signed and I left the place. A week later, I got the script back. I was relieved. I then told the Lord, “I hereby submit all my gifts at your feet.” And that was all.

Today, have I not produced more better drama scripts for the Lord? Have I not turned many drama scripts into great movies for the Kingdom of God? I may not be known as literary author today, but I am known as a Drama Minister in Nigeria and outside Nigeria.

Therefore, every gift is deposited in a person’s life by God for the Expansion of the Kingdom of God, it is not meant to serve your pleasures and neither was it given to you to do whatever you like with it.
“For the kingdom of heaven is as a man travelling into a far country,…”

THE ISSUES OF GIFTS AND TALENTS ARE ABOUT THE KINGDOM OF GOD. It is a Kingdom’s Issue. It is not a joking matter, it has to do with the matter of Eternal Life.. GIFT AND TALENT IS A KINGDOM ISSUE.
“…who called his own servants,…”

EVERYONE POSSESSING ONE TALENT OR THE OTHER HAS BEEN CALLED TO BE SERVANT OF GOD. Everyone with one Spiritual Gift or the Other has automatically been called as Servant of God, called by God to use the Gift and Talent for the Matter of the Kingdom of God. Because the Parable of the Talents is about the Kingdom of God.

Therefore, whatever gift you found out you have been endowed by God (music, drama, acting, singing, dancing, writing, poetry, administration, counseling, teaching, decoration, etc), it was deposited in your earthen vessel for the purpose of the Kingdom of God, by the Master who had travelled and is coming back for reckoning.

It is not for pleasing the World or pleasing yourself or serving the purpose of the Devil.