JUDGES 16:15-19
15 Then she said to him, “How can you say, ‘I love you,’ when your heart is not with me? You have mocked me these three times, and have not told me where your great strength lies.”

16 And it came to pass, when she pestered him daily with her words and pressed him, so that his soul was vexed to death,
17 that he told her all his heart, and said to her, “No razor has ever come upon my head, for I have been a Nazirite to God from my mother’s womb. If I am shaven, then my strength will leave me, and I shall become weak, and be like any other man.”

19 Then she lulled him to sleep on her knees, and called for a man and had him shave off the seven locks of his head. Then she began to torment him, and his strength left him.

And is it right for Delilah to beg Samson for so long to know some fact about Samson? Was it right for Samson to conceal a critical truth about himself for his darling wife?

Was it wrong for Delilah to beg Samson for more than three days, begging and crying to know a secret she ought to have known freely and voluntarily by the right of a legal wife? She cried. She begged. Was it right for a true husband to deceive his wife for so long? Then where did Samson go wrong? What did the Lord’s Anointed do wrong?

Judges 16:6
So Delilah said to Samson, “Please tell me where your great strength lies, and with what you may be bound to afflict you.”
Really?

Was that question also wrong? Was it wrong for Delilah to say that? Is it wrong for a wife to seek to know the weak spot of her husband, where he could be bound to afflict him, so that she could protect him at that weak spot?

Judges 16:8-10
8 So the lords of the Philistines brought up to her seven fresh bowstrings, not yet dried, and she bound him with them.
9 Now men were lying in wait, staying with her in the room. And she said to him, “The Philistines are upon you, Samson!” But he broke the bowstrings as a strand of yarn breaks when it touches fire. So the secret of his strength was not known.

10 Then Delilah said to Samson, “Look, you have mocked me and told me lies. Now, please tell me what you may be bound with.”

And that was the point where everything was laid bare. That was where the intention of Delilah was made known. She actually wanted to get her husband bound and afflicted by the enemies. So where did Samson go wrong in the first place? HE HAD MARRIED WRONGLY…HE MARRIED THE DAUGHTER OF THE DEVIL.

The Anointed of the Lord fell into a wrong hand. The Deliverer of Israel missed it at the point of marriage. Ah! I feared this for every young men whom the Lord would use for the salvation and deliverance of the Multitudes. Let every parents fear this for their young men. At the end, it is written that it was the Parents of Samson that went to carry his corpse from the rubbles of the fallen Temple of Dagon. Samson had married wrongly and was sold into the hand of his enemies. Samson married from the Enemy Camp.

And there are also Godly ladies who had married wrongly and fallen into the hands of Sons of the Devil And got their destinies messed up.

In the case of Samson. He fell in love with a lady from the Enemy Camp. So, all the interest of the girl was to know how to bound and afflict him and hand him over to her Masters. Have you watched the movie:

The Great Mistake? A lot of young men were scared of that movie when it was released in Mount Zion in 1995. And have you watched the 1996 movie of Mount Zion – “The Story of my Life”? It is the story of the Brilliant lady who had a lot of golden future before her, but turned her ears away from God’s instructions and fell into the hand of the wrong man – Son of the Devil. It was a pathetic case with a distorted destiny.

May all our Young Men and ladies who have the destinies of Millions of souls hanging upon their neck never mis-marry like Samson. May all our young men who have nations to save and deliver like Samson never get their lives cut short in the middle like Samson.

May all our Young Men who are God’s Nazarites anointed from the womb to shake the nations and slaughter the Philistines never fall in love with a wrong lady who would sell them out for a little meaningless Careers and Professions that have no eternal values.

May all Godly Parents rise up and supervise the woman their sons would marry like Abraham rose up to handle the wife Isaac would marry, so that the covenant of God might have continuity. Amen. 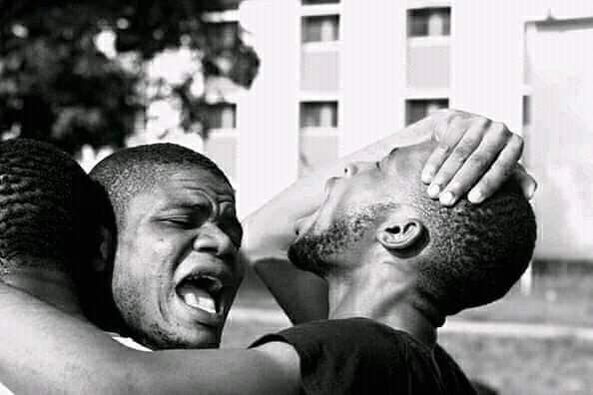